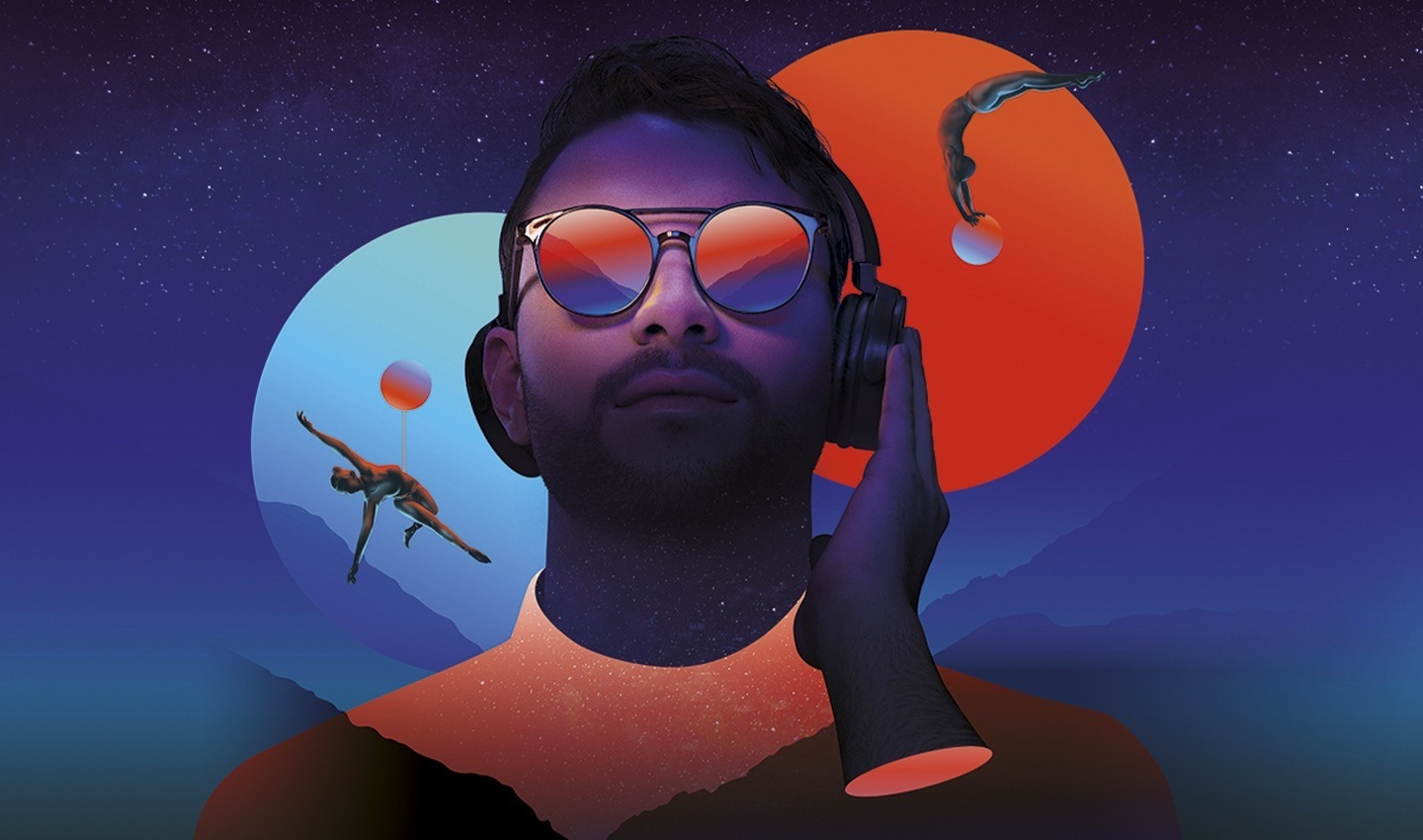 Celebrate the magical night of the Fallas de Andorra! 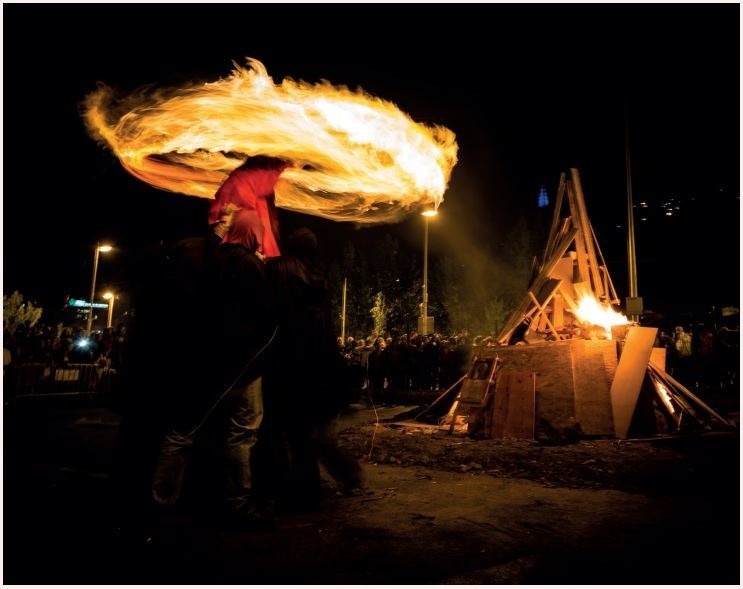 by Daguisa Hotels
19/05/2022 0 Comments
Celebrate the magical night of the Fallas of Andorra!
"In the valleys of Andorra, in its squares and around its villages, in front of the doors of the farmhouses, at the top of its mountains [...] On this festival, large bonfires are lit [...] The children make what they call fallas, which they light by shaking them and turning them dizzyingly, taking the shape of large wheels of fire...".

These are the words that Salvador Armet i Ricart, Count of Carlet, left written back in 1907 about a tradition that is Intangible Cultural Heritage of Humanity by UNESCO and that is celebrated during the festival of the summer solstice, the shortest night of the year: the magical Night of Fire.
We now explain a little more about this tradition, and how to enjoy it this year all over the Principality of Andorra.
INDEX
- The Fallas in Andorra
- Where to experience the festival
- The Saint Peter's festival in Ordino
- Make the most of it and go on a tour of the festival

1. The Fallas of Andorra
The Fallas cremada in Andorra is a tradition that reinforces identity, social cohesion and a sense of belonging, while at the same time promoting solidarity, integration and dialogue between generations through a festival that is deeply rooted in the Principality. This year, with the incorporation of Canillo and La Massana, all the parishes in the country will take part in this traditional evening.
The celebration consists of the making of a falla by the fallaires - the bearers of the festival and those who make it possible - who light it and make it roll very quickly to create large circles of fire of an almost hypnotic plasticity and attraction. The fallas end with the lighting of the traditional bonfire of San Juan, which is also done with the fallas.
Originally, the falla was a long trunk of boxwood on which birch bark was placed, which the fallaires would twirl in flames around the bonfire. They could also bring it down from the nearest mountains to a bonfire in the middle of the village. Today, despite maintaining the use of the traditional birch bark falla at specific moments of the celebration, the festival has evolved to encourage the use of more sustainable materials. Today, the falla is made of sheets of pine pulp paper, which are inserted into a chain and wrapped in chicken wire.
The beginnings of this festival are lost in time, although as with other traditions that take place during the summer solstice in other parts of the world, the festival revolves around fire, which is considered a purifying element, and the time of year when the fruits of the earth are disposed of.
In 2015 UNESCO recognised the Fallas of Andorra as world heritage by proclaiming it as Intangible Cultural Heritage of Humanity as one of the festivals in the multinational candidacy of the Midsummer Fire Festivals in the Pyrenees that are also celebrated in Aragon, Catalonia and Occitania.
2. Where to experience the festival
The Fallas cremada in Andorra is celebrated for the summer solstice on two different dates: on 23 June, the festival of Saint John, it can be enjoyed in Andorra la Vella, Sant Julià de Lòria, Escaldes-Engordany, Encamp, Canillo and La Massana; while on 28 June, the festival of Saint Peter, it is Ordino's turn. 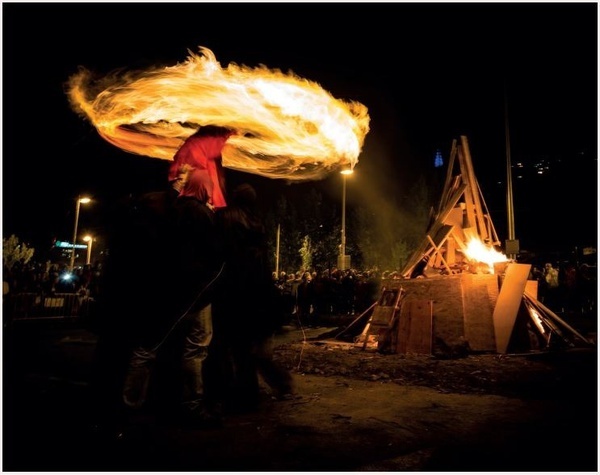 In the first six parishes there will be a tour of the historic centres of the towns, allowing young and old alike to enjoy the hypnotic circles of fire. Although the starting times may vary from one parish to another, in general they will all start at around 10 pm, although in Canillo and Escaldes-Engordany the festivities will begin at 6 pm and 7.30 pm. If you want to find out in detail where they will be held, and the rest of the activities, we recommend you consult the Visit Andorra website.
3. St. Peter's festival in Ordino
As we said, in Ordino they reserve for the St. Peter's festival and the vigil of the parish festival, on 28 June, to celebrate the Fallas and the burning of the Mai de Sant Pere (St. Peter's Mai).
The fallaires of Ordino leave the square and spread out through the different streets of the town, rolling their fallas until they reach the Prat de Vilella car park, where they light the Mai de Sant Pere, around which the fallas revolve.
Although it is not until 10.30 p.m. that the dances and the departure of the fallaires begin with a route that starts in the Plaza Mayor, at 12 p.m. the Mai de San Pedro has already been planted in the car park of the Prat de Vilella, awaiting its burning, which is scheduled for the last hours of the day, around midnight.
4. Take the opportunity to tour the country
Without a doubt, the Fallas festival in Andorra is an ideal time to visit the country and discover (if you don't know them yet) a tradition with attractive results: incredible fire circles that amaze all the members of the family.
Moreover, as they are held in every parish in the country, you can enjoy them wherever you are, although you will have the opportunity to move around the different towns and cities so you won't miss a single one. However, you won't be able to miss Ordino, as it is the only parish whose festival takes place during the festival of St. Peter.
And, with so much transport, at Daguisa Hotels we do our part to help you and make it more economical. That's why, if you book directly on our website or in our hotels, we'll give you 0.07 € per litre in a discount voucher for all Shell stations in Andorra, so you'll have more budget left to spend on enjoying the Fallas in Andorra!

Núria Roure
Sales Manager, Central Reservations and Revenue Department
(All photos except the one of the voucher are from Visitandorra)
What's more, at