The Principality of Andorra is known for its ski slopes and as an ideal destination for winter sports, but also in summer its spectacular and captivating nature turns the country into a vacation option. However, Andorra is much more than that!

The cultural offer is a great plan when organizing a trip to the country of the Pyrenees, because it is not only about sports and nature. Do you want to discover the many hidden natural and cultural treasures of Andorra? Here is our small selection!

Pre-Romanesque and Romanesque art are the most outstanding artistic styles in Andorra. Its geographical location has favored the preservation of more than 40 churches and monuments scattered throughout the territory, all of which stand out for their interior wall paintings and their sober and beautiful decoration, mostly in the Lombard style.

Travel back in time to the Middle Ages from the Espai Columba, a cultural space where you will learn about the origin of Romanesque architecture in Andorra, its legacy and, above all, the interpretation of the mural paintings of Andorran churches. Our advice is that, after your visit, you should go to the Romanesque church of Santa Coloma, one of the most remarkable buildings and located a few meters away, which also has mapping technology to enhance the experience of the visit by recreating the original mural paintings.

The Romanesque churches of the Principality are of small dimensions, integrating perfectly into the mountain landscape, with a very simple construction and whose most identifying signs are their bell towers or belfries, which were used as a method of communication between villages and as a defensive element against attacks. In addition to Santa Coloma, do not forget to visit Sant Miquel d'Engolasters, Sant Joan de Caselles and Sant Martí de la Cortinada. 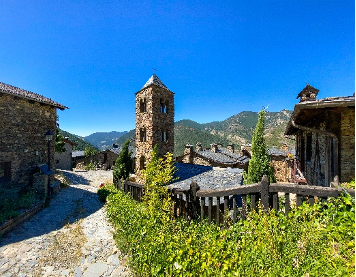 Did you know that Andorra is the country with the highest density of museums per capita? There are museums for all tastes! Dedicated to culture, motoring, industry, the rural world, electricity, tobacco, perfume or comics, the museum offer is so wide as to meet the desires of all visitors.

One of the latest additions is the Carmen Thyssen Andorra Museum, a must-see for art lovers, especially 19th and 20th century painting. The museum houses an outstanding representation of Impressionist, Post-Impressionist and Expressionist art, with paintings by Spanish, European and North American artists from these centuries. Located in Escaldes-Engordany, keep in mind that our city hotels (Golden Tulip Andorra Fènix Hotel 4* and Tulip Inn Andorra Delfos Hotel 4*) are just a few meters away.

Also, through the Perfume Museum, the Electricity Museum, the Tobacco Museum and the Iron Interpretation Center you will be able to understand the industrial evolution of the country. Not to mention the various ethnographic centers with which you will learn how people lived in Andorra a century and a half ago.

Located in the heart of Andorra la Vella, the Casa de la Vall represents one of the most important places of Andorran history and culture. An old stately building from the end of the 16th century, in 1702 it became the seat of the Consell General (Andorran parliament) until 2011, when the representatives of the parishes moved their meetings to a new building, also located in the capital of the country.

Divided into first floor and two floors in height, the Casa de la Vall is one of the most symbolic monuments of the country, to visit in Andorra, especially for its interior and exterior spaces: it holds interesting surprises for visitors..

The Sanctuary Monastery of Meritxell is the most important basilica in the Principality. In 1972 a fire completely destroyed the sanctuary, which was originally in Romanesque style. Today, however, you can admire one of the most interesting works of the architect Ricardo Bofill, which makes it a must-see. In addition to housing the image of the Virgin of Meritxell, patron saint of the country, it also contains other carvings of Andorran saints, patron saints of the rest of the country. Thanks to this importance, Pope Francis declared it a Minor Basilica in 2014, being the only place of worship with this distinction in Andorra and forming part of the so-called Marian Route, which runs through the sanctuaries of Pilar, Montserrat, Torreciudad and Lourdes. 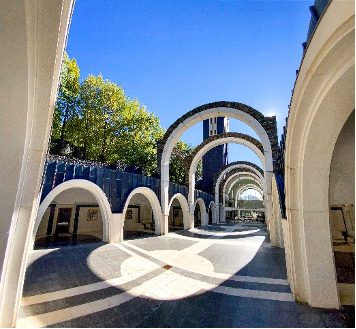 The wide range of music, dance and theater make Andorra a cultural reference year after year. The Theater Season, the Music and Dance Season, or the Opera Season are essential events, whose programs bring the best internationally recognized works..

You can also consult the music season program of the Auditori Nacional, with national and international artists that offer the public a varied and quality offer. And soon, a new edition of Ordino Clàssic will be announced, with the aim of bringing classical music to the general public through a modern and current concept.

Who said that gastronomy is not part of the culture of a country? Andorra's cuisine is the result of a centuries-old tradition linked to the aromas and flavors of the high mountains, the products of the area and seasonal products. For example, now in autumn, dishes with ingredients such as mushrooms, eggplants, red peppers, pumpkin or game meat stand out.

Let our executive chef Narcís Allué surprise you with a host of seasonal proposals in our restaurant Kronos, or in The Lobby Bar, both located in the Golden Tulip Andorra Fènix 4* Hotel. 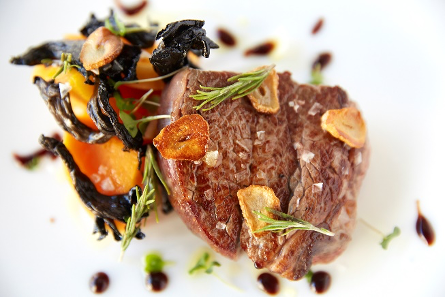 Add to the current gastronomy, the traditional one you will find in the high mountain houses, known as bordas, and enjoy dishes such as escudella, mountain trinxat, Andorran cannelloni, game meat or snails a la llauna.

With so much activity all over the country to get to know the culture of the Principality of Andorra first hand, at Daguisa Hotels we offer you the possibility of completing your stay with one of the seven excursions by tourist bus that will take you to discover facets of Andorra that you did not know. The itineraries go through all the parishes in a thematic way, with different threads. Find out more about this package by calling +376 804 200. 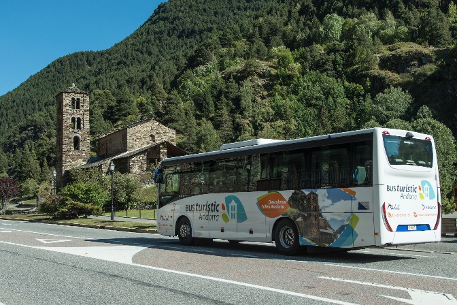 And if you are one of those who prefer to travel with your own vehicle, in Daguisa Hotels we also think of you and we do our part to help you make the trip more economical. For this reason, if you make your reservation directly on our website or our hotels, we will give you 0.07 € per liter in a discount voucher for all Shell stations in Andorra, so you will have more budget to spend on enjoying your trip.