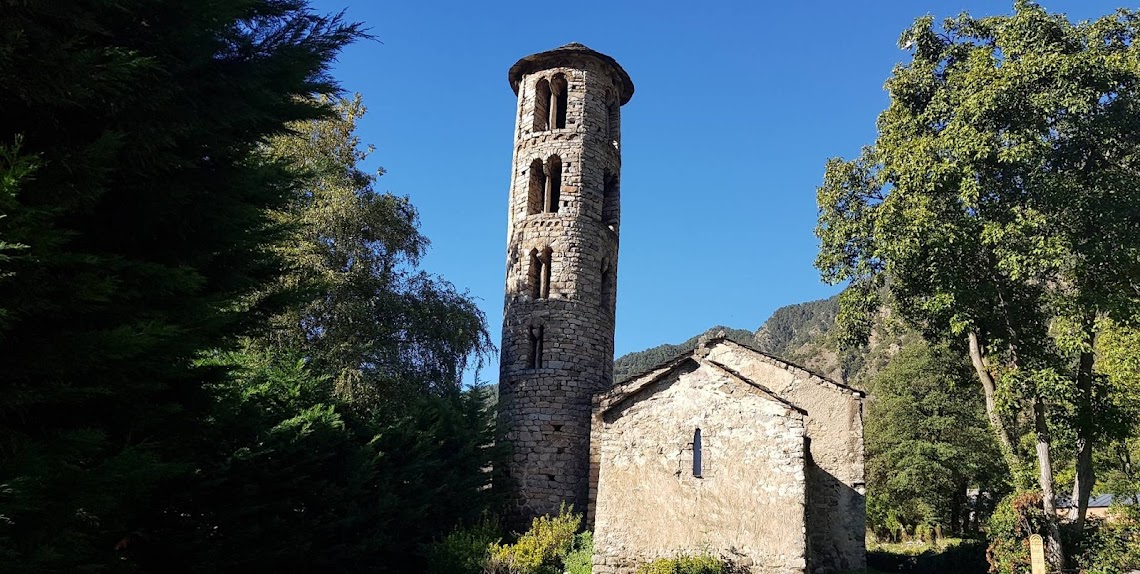 by Daguisa Hotels
16/10/2019 0 Comments
Any time of the year is attractive to escape to the Principality. But in autumn, the cultural offer is very wide, with new exhibitions, concerts, plays ...

Travel through the Romanesque
Did you know that Romanesque is the most prominent artistic style of the Principality? There are numerous examples of religious and civil architecture, as well as paintings, between the 8th and 13th centuries.

Churches, Romanesque bridges ... To travel back in time to the Middle Ages, nothing like starting with Espai Columba. You will be able to know the origin of the Romanesque in Andorra and the importance of its legacy until today. And, also, they will teach you to interpret the mural paintings of the Andorran churches. If you decide to visit it, then go to the Romanesque church of Santa Coloma, located a few meters away. It has a mapping projection that recreates the frescoes preserved in the Espai Columba, but in its original location.

If you are traveling as a family, we recommend that you ask about the EduCarmenThyssen space, which offers complementary pedagogical activities and educational workshops to reflect on temporary exhibitions.

On October 6, moreover, «Influencers in art was inaugurated. From Van Goyen to pop art »that can be visited until September 2020. It is an exhibition that shows the links between works of art from different eras.

Remember that the museum is just a few meters from our Golden Tulip Andorra Fènix 4 * and Tulip Inn Andorra Delfos 4 * hotels.

Get excited with the theater
This October has begun the 55th edition of the Theater Season. Until January of next year, Andorra la Vella and Sant Julià de Lòria are celebrated in Andorra. In this edition, the program is very varied, with works as current as «Nude» (from November 28 to 30) and classic as «Una Iliad» (November 14).

«The next room», among the many surprises of the Theater Season program
In addition, music lovers can enjoy the comic show «Yllana: Pagagnini 2» (December 4), with classical music, rock, pop ... While the family audience has in «Els Pastorets» (December 26 and 28 and 4 and January 6) an infallible classic to enjoy Christmas.

Live classical music
The Comú d'Ordino and the Crèdit Andorrà Foundation are the promoters of the second edition of Ordino Clàssic. It aims to bring classical music to the general public, through a modern and current concept.

Write down the two planned concerts on your agenda: Concert 5AndCordes, with «Classics from the 17th to the 21st Century» (November 10). You will listen to music from the baroque until today, from Spain, France and Italy, in an unbeatable environment: the parish church of Ordino.

The New Year's Concert will focus on Johann Strauss and will celebrate the 250th anniversary of Beethoven's birth
And, although there is still time, nothing like warming up engines for the traditional New Year's Eve Concert, "Waltzes, polcas and much more." With the Andorra National Classical Orchestra (ONCA) conducted by Francesc Prat (January 1), at the Auditori Nacional d'Andorra. A unique way to start 2020 in style.