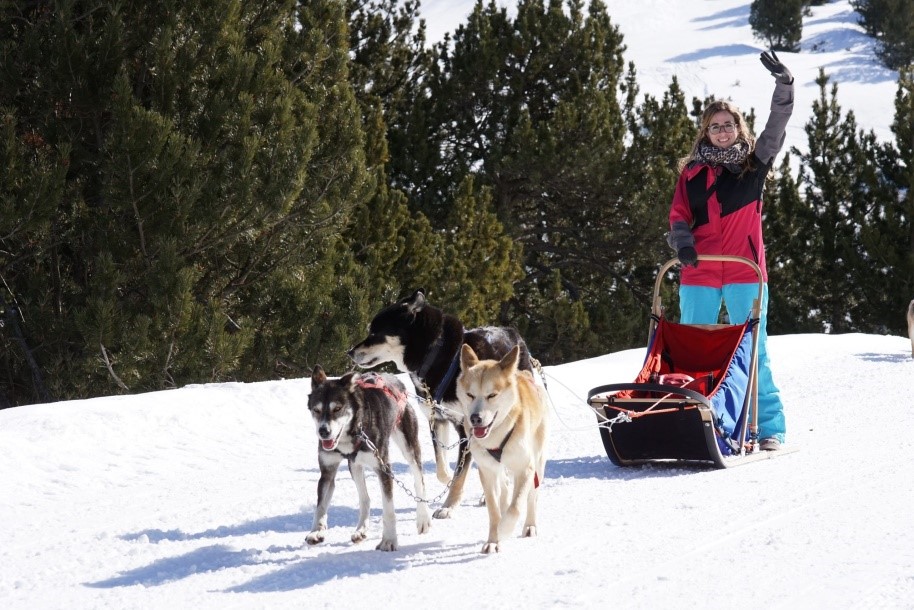 by Daguisa Hotels
29/01/2020 0 Comments
This ski season, the most important novelty is that Grandvalira fully integrates the tracks of Ordino Arcalís , which maintain their identity. In this way, Grandvalira Resorts is constituted, which allows unlimited skiing in both domains, with any of the Grandvalira ski passes . With this pass , this season you can practice white sport on new tracks: a blue Solanelles XL, two green Valira and II, Bordes I and Bordes II, Pont de Grau and Refugi. The largest ski area in the Pyrenees also has three new skis from Bordes, Valira and Moretó. And, among other novelties, the chair lift of the Pla de les Pedres has been extended and the new Peretol sector has been inaugurated. This sector means that there are seven accesses to the Grandvalira station, with approximately 210 km of tracks.
«The ski slopes of Ordino Arcalís-Grandvalira will be open until May 3 and those of Vallnord Pal Arinsal until April 30, as long as the weather permits»
For its part, Vallnord Pal Arinsal has opted for the cultivation snow, to ensure that there is snow throughout the ski season. In addition, it has expanded the debuting area of the Snowpark and the Lower Camí track, to improve the safety of skiers. And, among other things, it has opened a new access to the Devesa track, in the freeride area.
To take you to the best ski resorts, remember that at Daguisa Hotels we have a free transfer service from our Escaldes-Engordany hotels. But if you want to practically go out with the skis on, you can stay at the Hotel Euroski Mountain Resort 4 * , the Hôtels & Préfénce Font d'Argent Canillo 4 * and the Hôtels & Préférence Font d'Argent Pas de la Casa 4 * .
A very sporty season
If you want to enjoy the snow as a spectator, do not miss the events that will be held this season on the Andorran ski slopes. On January 25 and 26, in Arinsal, the 11th edition of the ISMF Mountain Ski World Cup, the Comapedrosa Andorra World Cup 2020 , is celebrated.
«The ISMF competitions will take place in the surroundings of the Comapedrosa Natural Park»
On February 22 and 23, write Andorra SKIMO 2020 on your agenda. The fifth edition of the crossing of mountain ski shelters has a program tailored to all fans. To do this, it has different tests designed for the different levels and ages of the participants. The circuits run between Grandvalira -Grau Roig and Ordino-, Arcalís and Naturlandia.
And, among many other events, the Freeride World Tour 2020 will take place between February 28 and March 4. Ordino Arcalís will be in charge of hosting the third event of this spectacular event, with the main riders of the international scene in four different categories.
The best après ski
After spending the day skiing or watching sports competitions, nothing like enjoying après ski . Among the best activities you can do, we recommend the Hibernation Festival 2020-The Discovery . It will take place between April 3 and 5, in Grandvalira-El Pas de la Casa. In the fourth edition of the international electronic music festival you can dance to the rhythm of the sounds of some of the best artists of the current techno scene combined with skiing and snow surfing.
Another highly recommended proposal is that of Caldea . It is called Lumière and it is a spectacle of light, water and dance games, in the inner lagoon of this thermo-recreational center. With the best choreographies of the urban dance group TC Braids, it will take place between April 4 and 12. Lumière starts at 9:15 pm and is structured in three parts with a duration of 15 minutes each.
Of course, if you want to take care of yourself, nothing like spending a relaxing afternoon in one of our hotels SPA. Most of our water areas have a sauna, hammam , sun loungers overlooking the snowy mountains or jacuzzi.
«Give yourself an après ski massage in one of our SPA»
The SPA allows access to children over 3 years old accompanied by an adult at a certain time. Remember that we also have a letter of anti stress, decontracting, sports treatments ... You just have to book the one that suits you best at the reception of your hotel.
We are waiting for you this winter at Daguisa Hotels!
Maite Hernández
Director of the Hotel Euroski Mountain Resort 4 *