Success in our first solidarity action with dotzexdotze 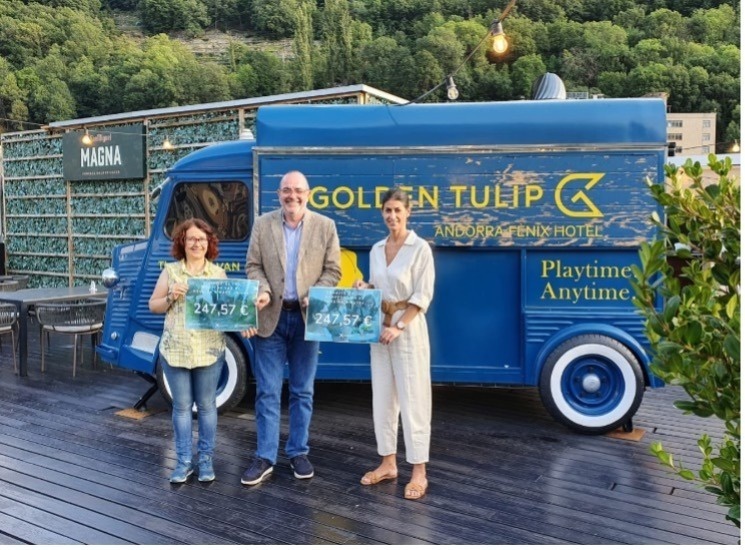 On Thursday 8 September, the Diada de Meritxell, Ingrid Martinez's concert marked the end of the concert calendar at The RoofTop Van, the terrace of the Golden Tulip Andorra Fènix Hotel 4*. A performance that, while marking the end of a stage, also marked the beginning of a new path that made Daguisa Hotels a new collaborator of #dotzexdotze.

Driven by Andtropia, #dotzexdotze is a movement to support social and environmental causes led by NGOs in the Principality of Andorra. Its aim is to inspire companies and individuals to give their grain of sand to the projects they feel most strongly about. As its name suggests, it gives visibility to 12 projects, one for each month of the year. And it aims to be an example of how the sum of many small actions carried out by individuals or companies can multiply the results of the NGOs that lead the 12 projects.

To date, three NGOs and projects have been protagonists since #dotzexdotze began its journey in July 2022:

• July: the shelter for abandoned dogs awaiting adoption of the association GosSOS.

• August: the Manos Unidas project to create a gardening and construction cooperative for the social reintegration of people completing their addiction recovery process in the town of Usme (Bogotá, Colombia). 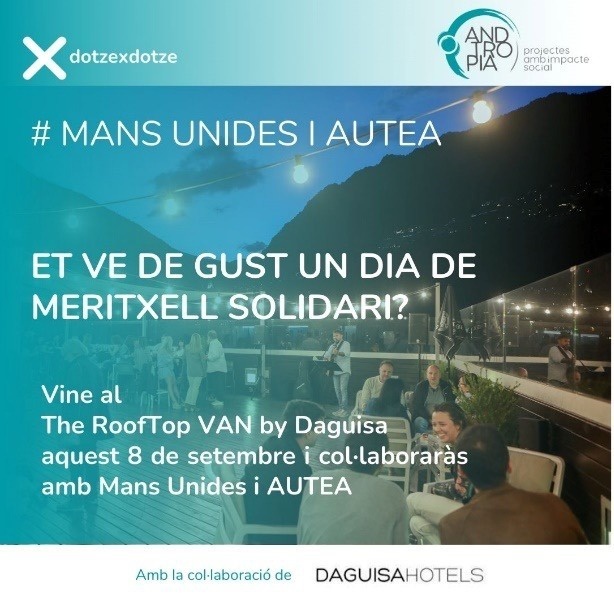 For Daguisa Hotels, joining this movement is in line with its social responsibility and the values inherent in its DNA. The hotel chain is always available to help the people of the country and to do its bit to promote initiatives such as #dotzexdotze, which gives visibility to the projects led by the country's NGOs in favour of the most vulnerable groups.

For this reason, at the beginning of September, an agreement was announced whereby Daguisa Hotels became a new partner of the movement. As such, the chain will organise various events and solidarity actions for the benefit of the NGOs and projects that participate.

And the first planned solidarity action took place, as I explained at the beginning, on 8 September during Ingrid Martínez's concert at The RoofTop Van. 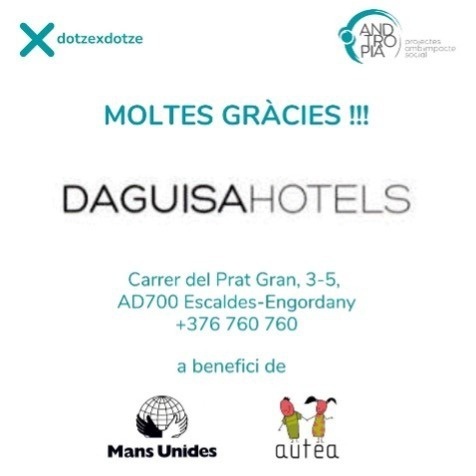 In this way, as collaborators of the movement, Daguisa Hotels undertook to make a donation of 50% of the drinks made by the attendees, while they enjoyed the performance of the Andorran singer. This donation, in this case, would go equally to the two NGOs that were the protagonists of #dotzexdotze in August and September, Manos Unidas and AUTEA, respectively. After the concert, and above all thanks to those who attended the day of solidarity (without whom nothing would make sense, really), a donation of €495.15 was made to the two NGOs. 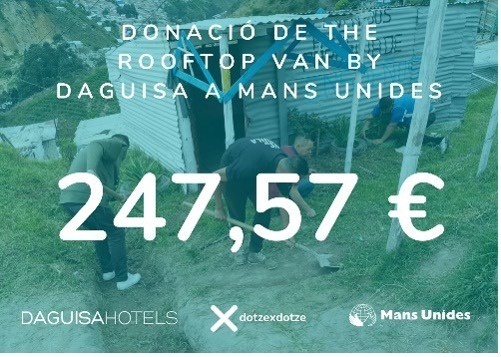 With this donation, Manos Unidas will be able to buy some of the tools or protective clothing needed by young people who are in the process of recovering from addictions for the newly created cooperative for reintegration into the labour market in the town of Usme, in the south of Bogotá in Colombia. Some thirty young people will benefit. For its part, AUTEA will use it for its home support project for families with children aged 6 to 12 years with ASD. Currently, 15 families are part of the project. 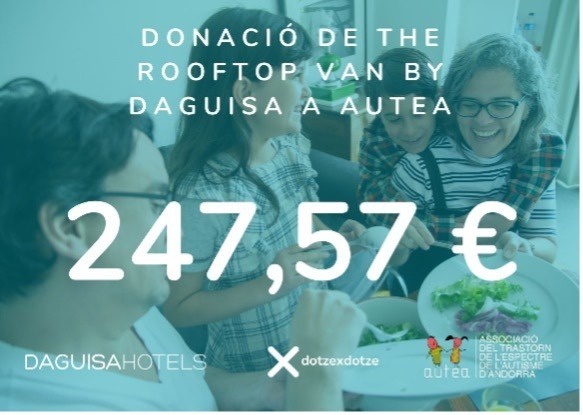